AUSTRALIA’S ILLEGAL PET TRADE IS CLOSELY LINKED TO THE USA

In a study published in the journal Conservation Letters, researchers at the University of Adelaide have compared the illegal smuggling of live reptiles including lizards, snakes, and turtles entering Australia with unregulated pet trade in the United States to find out more about what led to the illegal wildlife trade and develop a framework for anticipating future wildlife smuggling trends.

Researchers say the unregulated reptiles trade in the U.S. and other Western countries has a big influence on Australians’ desire for illegal reptiles.

Dr. Oliver Stringham from the University of Adelaide’s School of Biological Sciences said: “U.S. markets drive many aspects of Western culture, such as fashion, music, and fast food, so the U.S. influence on the reptile trade is likely to be significant.”

Researchers have modeled the probability of reptiles being smuggled into Australia using US trade data, U.S. reptile stores inventories, and variables based on the characteristics, classification, and other trade of reptiles.

Researchers found 75 reptile species reported to have been smuggled into Australia between 1999 and 2016, all but one species is also found in the unregulated U.S. trade. On average, a species is smuggled to Australia for the first time about six years after it first appeared in the US.

The three reptile families with the highest probability of being smuggled are the Elapidae (such as cobras and mambas, all venomous), Kinosternidae (small turtles such as mud turtles and musk turtles), and Testudinidae (tortoises). 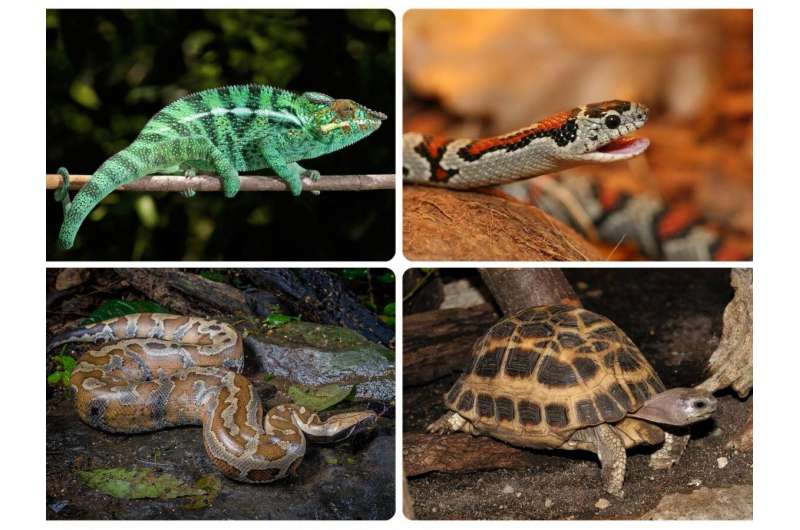 Species listed in Appendix I of the Convention on International Trade in Endangered Species of Wild Fauna and Flora (CITES) have a higher probability of being smuggled than species not listed.

“The recent demand for illegal species in Australia has therefore originated from species already present in the U.S. pet trade rather than emerging or exotic species.”_ said, Stringham

“We provide the first evidence that market-level indicators of legal wildlife trade in the United States have strong predictability to distinguish which species are illegally smuggled into Australia.

In addition, the study also provides the first risk watch list of desirable reptiles trafficked into Australia and a framework for anticipating future wildlife smuggling trends.”

We hope these findings help assess and anticipate the risk of exotic living animals being smuggled into Australia and other Western countries and encourage further research into the patterns and drivers for smuggling live animals.”