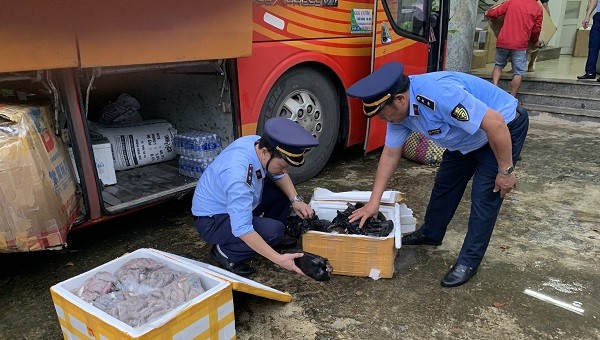 Quang Binh province’s patrols have just discovered a bus transporting an individual suspected of being a tiger cub, bear paws, tiger meat and many other goods of unknown origin.

The examination concluded that 1 individual suspected of being a dead tiger cub was being transported on a vehicle carrying a weight of 2.2kg; 4 animal legs (suspected to be Bear’s feet) with a weight of 5 kg and 2.5kg of meat (suspected to be tiger meat) on the list of endangered, precious and rare forest animals of group IB showing signs of violating regulations on protection endangered, precious and rare animals as prescribed in Article 244 of the Penal Code. 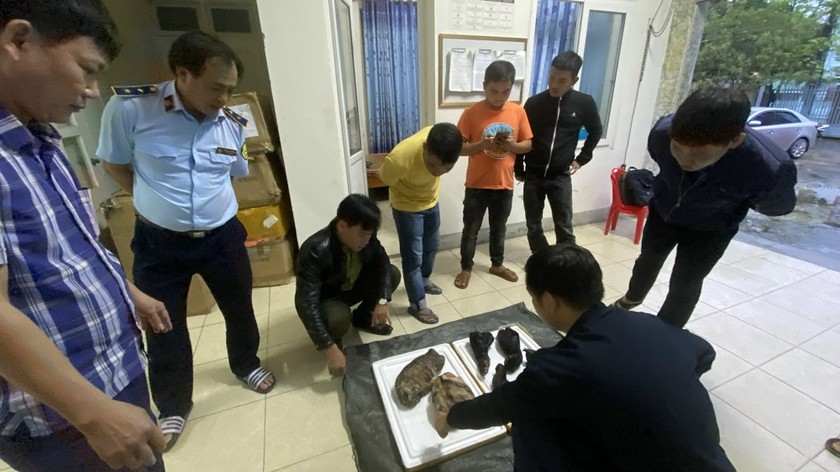 At the time of inspection, the vehicle was discovered to have many goods of unknown origin, without invoices and documents as prescribed, with signs of smuggling, including: 318 pieces of clothes, skirts, skirts of all kinds (no with the regulation conformity mark); 149 boxes (10 pieces/box) tempered glass for mobile phones; 300 cell phone screen protectors; 33 kg of pre-processed and frozen pork sausages; 18 children’s plastic toy guns and 50pcs wireless desktop speakers. 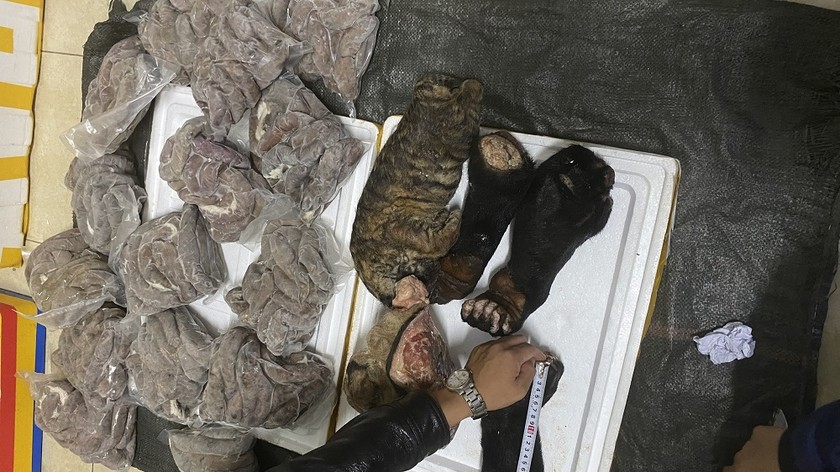 What suspected to be a tiger cub, bear paws, tiger meat on the bus 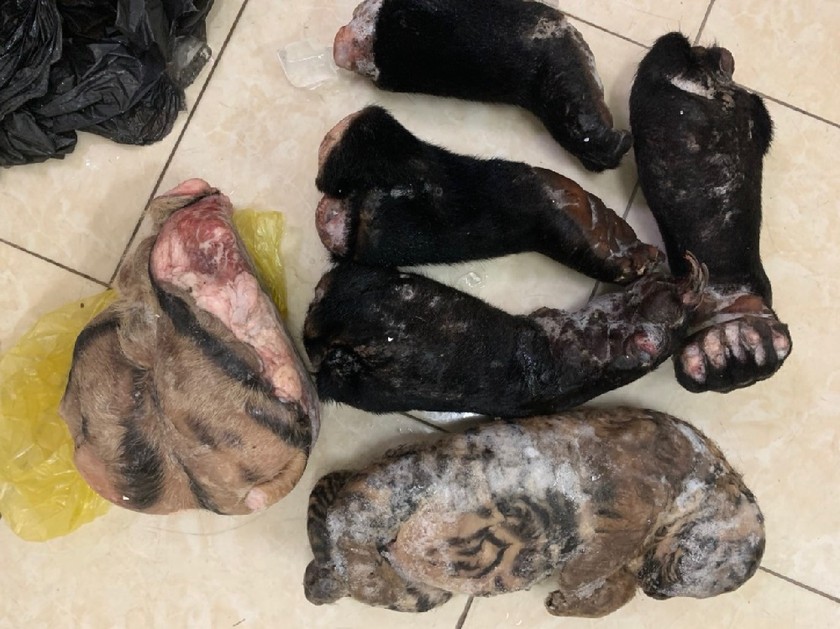 Meat and animal parts on the bus

Currently, the case has been filed by the Quang Binh Market Management Department for further inspection.

As for evidence suspected to be wildlife products, the Market Management Department has directed the Market Management Team No. 3 to invite the People Procuracy, Police Department, and Forest Protection Department of Quang Trach district to investigate the case and confirm that it is a case with criminal signs. And at the same time, it is handed over to the Quang Trach District Police for prosecution and punishment by law.