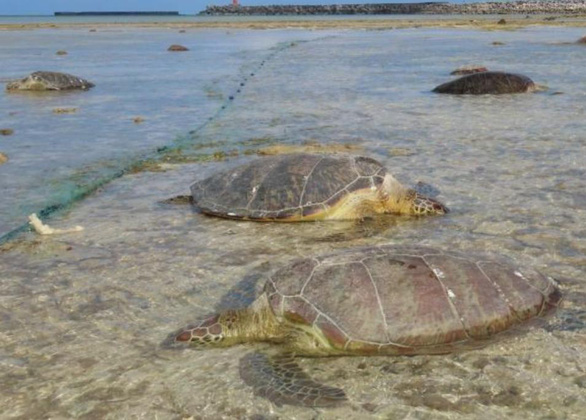 The turtles found in a critical stage in Okinawa. Ryukyu Shimposha

According to The Manichi (Japan), the local authority is investigating the case of over 30 green sea turtles on the brink of death around Kumejima island, Okinawa.

The Kumejima Municipal Government reported that the sea turtles were found in the east of the island in the early afternoon of July 14, 50 meters off-shore when the tides were low. Some of the turtles were entangled in the fishermen’s nets.

The Okinawa Prefectural Police’s Naha Police Station has dispatched their officers to the site to assess the situation.

Experts attributed the critical stage of the turtles to their loss of blood through severe bleeding. The original cause of the bleeding is still under investigation. 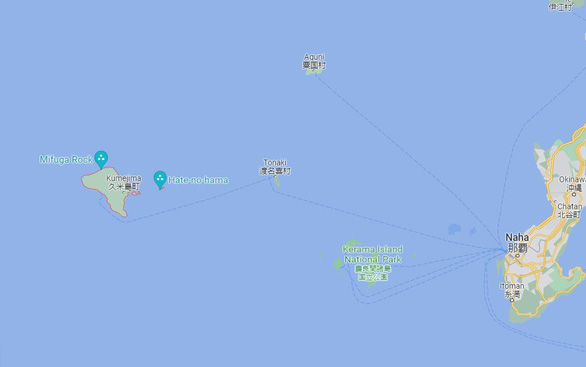 Kumejima island – where the turtles were found. Google Maps

Kumejima is the westernmost island of the Okinawa Islands. Specialists from the Kumejima sea turtle museum speculated that the turtles might have come to the island to feed on algae, which is abundant in the area.

One employee from the museum believed that the neck wounds on the turtles were by no means due to natural causes. The Ryukyu Shimpo also quoted a local fisherman, admitting that he had to stab the turtles so as not to affect their fish.

Another fisherman suggested that sea turtles tend to adversely affect the natural habitat of the famed mozuku seaweed. He added that all the locals are negatively affected by the turtles.

According to The Ryukyu Shimpo, green sea turtles are listed as an endangered species by both The International Union for Conservation of Nature (IUCN) and the Ministry of the Environment in Japan. Be that as it may, the turtles are not protected under the Species Conservation Law and the Okinawa Prefectural Rare Wildlife Conservation Ordinance.

However, due to the enormous number of sea turtles in this occurrence, the authorities in Okinawa are paying close attention. 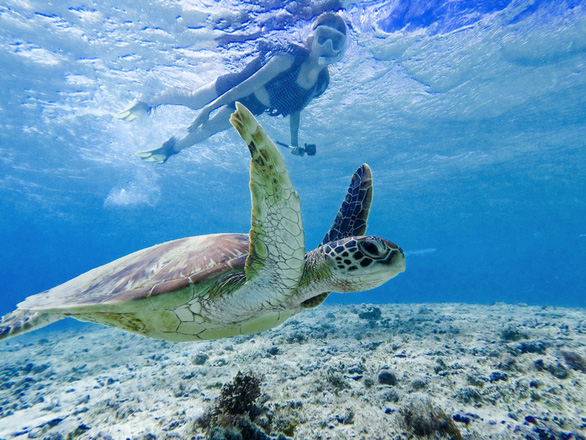 In addition to conflicts of interest with local fishermen, marine litter has also become a threat to green sea turtles. Experts reported that they investigated 484 sea turtle carcasses that washed up on Okinawa’s shore. They found that 20 percent of dead sea turtles had consumed marine trash, such as vinyl, ropes, and fishing lines, after closely examining the turtle’s digestive tract.

There are even turtle species that have recorded a rate of 1 out of 4 turtles ingesting pieces of garbage floating in the sea.