Thousands of live and taxidermied sea turtles have been confiscated from illegal smugglers on the South China Sea.

Around the world, sea turtles are revered for their beauty and celebrated as one of Earth’s oldest creatures: The seven species in existence today have been around for over 100 million years. Yet, now, due to a multitude of human-based threats, all sea turtles are at risk of extinction. Illegally killed for their eggs, meat and shells, sea turtles face direct pressures and overexploitation from poachers in Asia, Africa and the Caribbean.

International trade in all seven species is banned. Still, turtle products are commonly consumed for their protein value, rich aesthetic, and alleged health benefits. Hawksbill turtles are often sold as whole taxidermies or their shells are made into products including jewelry, musical instruments, and other collectibles. Even when not targeted directly, accidental capture and entanglement in fishing gear results in drownings. Rapid human development of coastlines around the globe reduces the number of suitable nesting sites and feeding habitats. Increased presence of garbage and plastic waste in our oceans poses critical new threats.

There are 7 species of sea turtles, 2 of which are Critically Endangered: Hawksbill and Kemp’s.

54% of consumers purchased sea turtle products on the recommendation of their tour group guides. 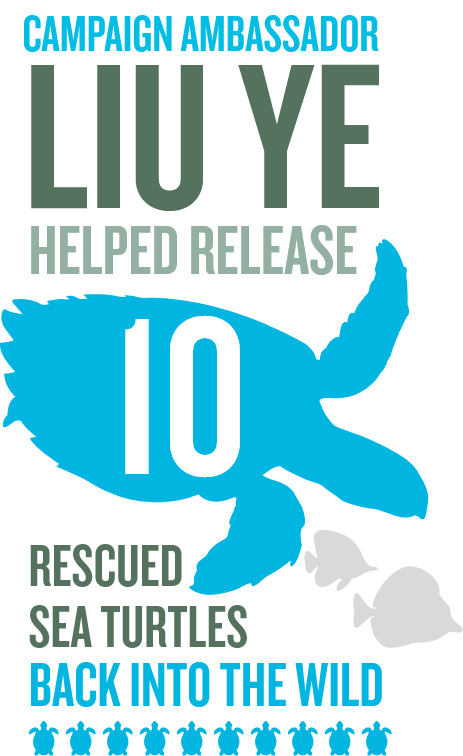 Despite the ban on international trade for all seven species, there are a high number of trade networks operating around the Coral Triangle, the South China Sea, and the border areas of China and Vietnam.

WildAid is partnering with several Chinese government agencies to protect sea turtle habitats and reduce demand for their parts. The new “Sea Turtle Alliance,” spearheaded by the Fisheries Resource Management Bureau under the Ministry of Agriculture and Rural Affairs, is improving management of protected areas, combating illegal trade, and increasing public awareness on the plight of endangered and threatened sea turtles.

At the Alliance’s launch event in May 2018, Chinese actor and campaign ambassador Liu Ye helped release 10 rescued sea turtles back into the wild, outfitted with GPS trackers to help monitor their movements and improve conservation efforts. Following the launch, we released a series of TV PSAs and billboards featuring Ye and his wife, photographer Anais Martane, to raise awareness about the threats to sea turtles and calling on the public to stop buying products made from the animals. We’re now working on a new PSA and billboard campaign with Taiwanese megastar Jay Chou for release in early 2019. 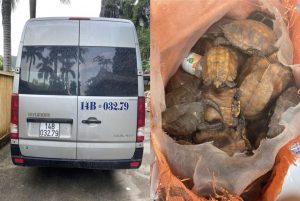 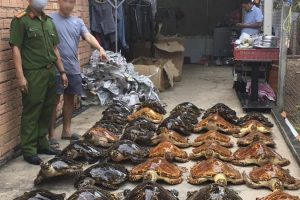 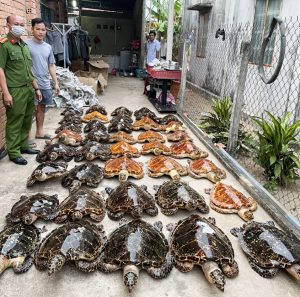