TIGER CONSERVATION IN VIETNAM: ONLY LACK OF “DOING REAL THINGS”!

The story of protecting, preserving, and combating illegal captives, trading, transporting, and making tiger bone glue in Vietnam has never been as hot as it is right now.

In 2021, the largest tiger rescue in Vietnam’s history, with 24 adult tigers and cubs, escaped from the hands of illegal businesses. The nearly 20-year prison sentence that the perpetrators received was also an unforgettable record.

In many provinces and cities, from Thai Nguyen to Thanh Hoa, Ha Tinh, Dien Bien, Lai Chau, and Dong Nai, there were many arrests of people who killed tigers and made tiger bone glue. And most cases are quite “public”. Their illegal farms are vast; guests are coming in and out; they also casually tell stories about how to feed tigers in the house, how to kill them and make bone glue. In the whole province, the kings of smuggling tigers and rare wild animals are “notorious”. A large population area is well known. 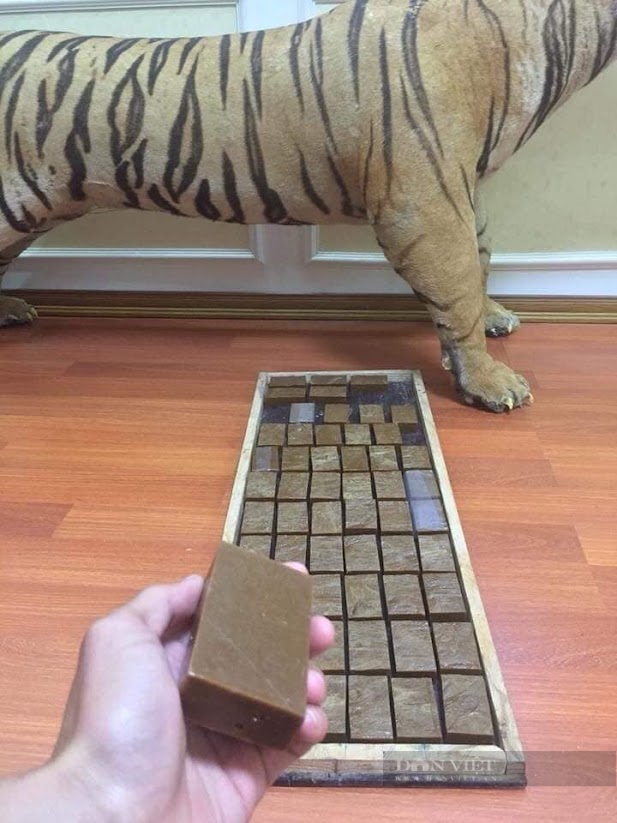 Production of tiger bones, photographed next to the template of a tiger to increase the trust of customers, then put on social networks for sale. Photo provided by merchant

That is also the reason for having the largest tiger rescue in Vietnamese history in August 2021. Since nearly 10 years ago, journalists have infiltrated tiger cages like “hell on earth” below dark cellars, and there are videos of illegal tiger farming at home and then for sale, and organizations meet directly with the investigating agency to denounce it. In Do Thanh commune, Yen Thanh district, Nghe An province, with the family of Nguyen Van Hien, raising 14 giant tigers at the same time, Hien was sentenced to 7 years in prison; two traffickers of 7 tiger cubs each received 9 years in prison; Hien’s neighbor was found to illegally raise 3 tiger tigers and was sentenced to 30 months in prison.

Not far away, Ha Tinh police discovered a tiger in the house of Mr. D.N.Ngh., 49 years old and living in Quang Diem commune, Huong Son district. This tiger, weighing about 250kg, was determined to be electrocuted while lying unconscious on the floor. At this time, the owner fled the scene. At noon the next day, Mr. Ng. was presented to the Huong Son District Police. Working with the police, initially Mr. Ng wanted to buy the tiger from Nghe An to make bone glue. 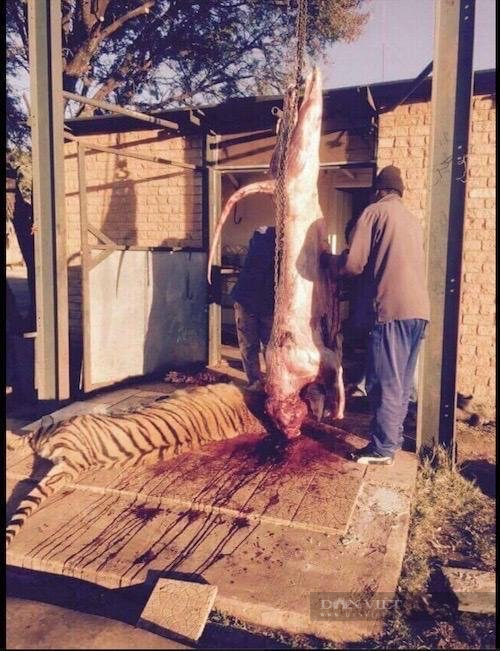 Six Vietnamese organized to kill up to 40 lions in 2 days in South Africa and were caught. That lion was brought back to Vietnam to be processed and sold as tiger bones. 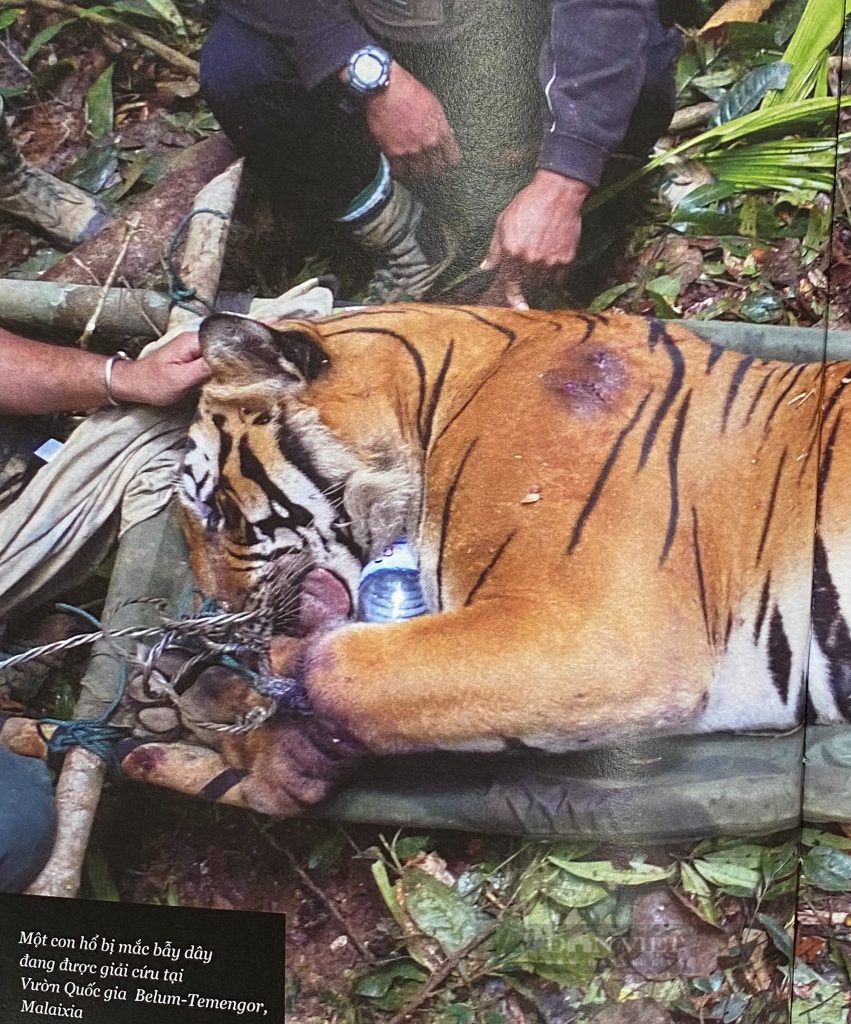 A tiger was caught in a trap in Malaysia. This is the area where many Vietnamese people have gone to find agarwood, go to the forest, kill cobras to sell in Vietnam. Photo: WWF

All the tools we have just lack transparency and “real” launches. Do it regularly, dare to get to the bottom of the problem. This truth is true not only of the “Lord of the Forest” trade but also of all wild species that are suffering from our tragedy today. Many times, experts have advised that some trace substances may have been present in wild tiger bones in the past, which Eastern people are still busy looking for (but not in tigers raised in “dungeons”), then science can now be crafted and replaced on both excellent. Why do we continue to blindly or directly kill tigers with legal risk?