On June 4, the gang arrived at Rajamahendravaram to sell the tusks which they got from a Hyderabad-based kingpin

The Rajamahendravaram city police seized two tusks of an endangered Asian elephant from an inter-State gang that had arrived in the city to sell them to their targeted customers in Andhra Pradesh. 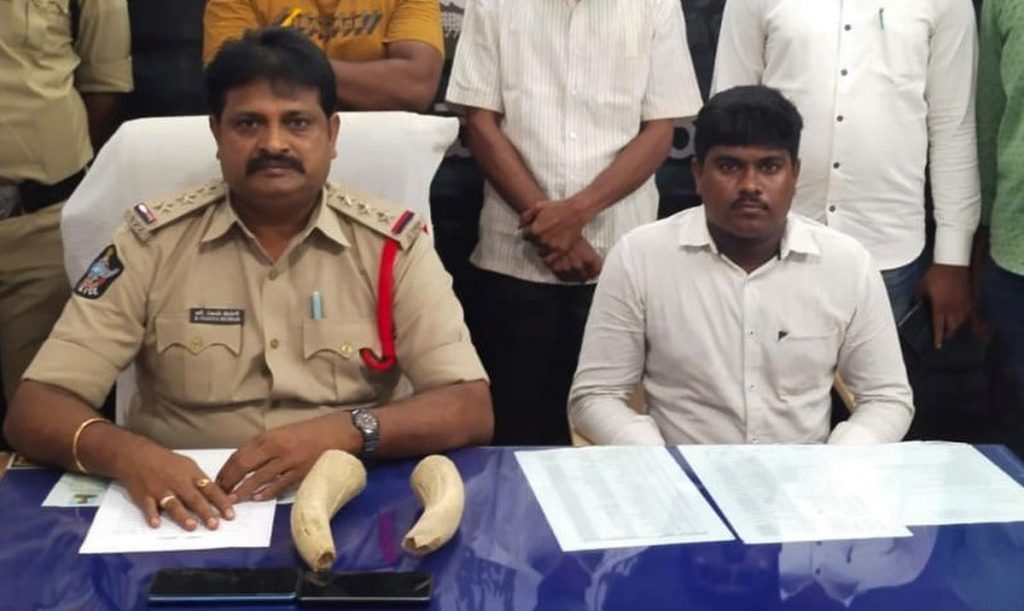 The Asian elephant falls under the Schedule-1 species under the Wildlife (Protection) Act, 1972.

In a press conference held on Sunday, Rajamahendravaram South Zone DSP M. Srilatha has said: “On the evening of June 4, the two-member gang has been caught while they were waiting at Kotipalli bus stand in the city reportedly to sell the tusks to their sources. We seized two tusks from the gang and arrested them”.

The accused have been identified as 40-year-old Yellavarapu Someswar of Uppal in Hyderabad city and Parripati Srinivasulu, 52, of Bhimavaram in West Godavari district

“The Hyderabad-based kingpin, identified as Jagan, assigned the task of selling the horns, to the accused. The Rajamahendravaram city was the gang’s destination to sell the tusks”, DSP Ms. Srilatha told The Hindu.

The police have launched the hunt for the gang based on some intelligence inputs received from Telangana State on the transportation and sale of elephant tusks.

“Cases were registered against the accused under the Wildlife (Protection) Act, 1972 and IPC 379. The investigation is on with the cooperation of AP State Wildlife authorities”, added DSP Ms. Srilatha.

The police have communicated to the State Wildlife authorities about the case and sought their support to follow the trail of wildlife trade.